“Intuition” and “Common Sense”, What Are They?

Let’s start out by finding out what Webster’s dictionary says for “Intuition”.

: a natural ability or power that makes it possible to know something without any proof or evidence : a feeling that guides a person to act a certain way without fully understanding why

: something that is known or understood without proof or evidence

Next let’s look up “Common Sense”

: the ability to think and behave in a reasonable way and to make good decisions

Those are really great definitions but they left out the most important part.  I’ll get to that in a moment.

Everyone has “Intuition” but most don’t realize it and or it’s been masked by society calling it your conscience.  Both Intuition and Common Sense are the product of one thing.  They both are due to your connection to your HigherSelf.

If you want to build your connection to your HigherSelf then work on things that develop your intuition.  It will be much easier to find self help info on building your intuitive abilities.

No fluff in this one.  Just needed to get the message out while I was thinking about it.

This is an interesting self study course to assist in developing your intuitive abilities.  Yes I used this in the past. 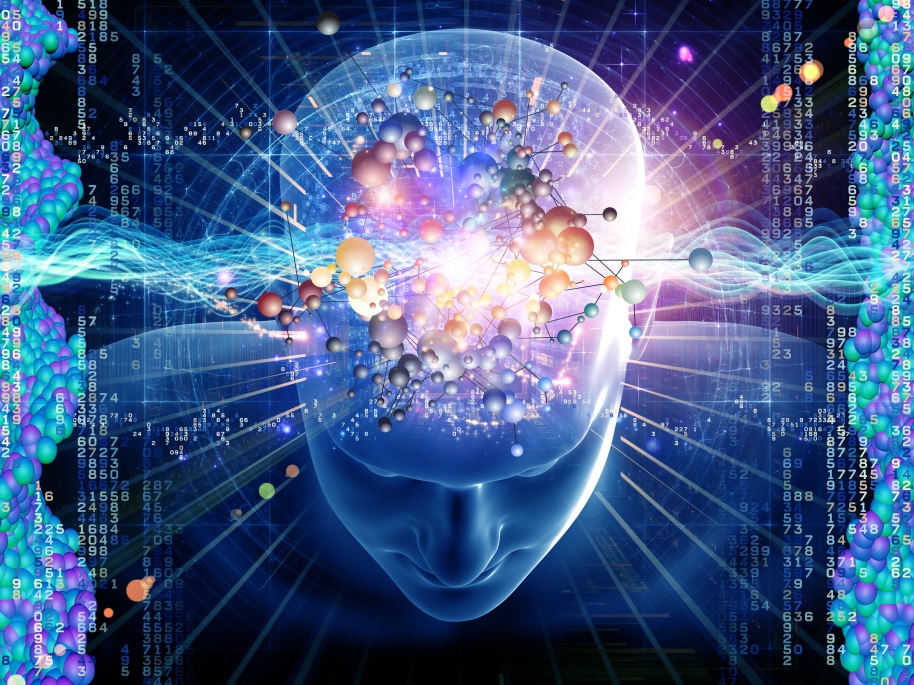 I am seeing all levels of these people from Mooji down to the first time channelers sharing things that just are not true in my reality. So even though the great majority of what these “trusted” sources say is true and supportive, it is perfectly correct for some of what they say to not resonate with your truth. Please include even me in that list. Only absorb what resonates with your soul. If it doesn’t “feel” right then by all means discard it.

As we are all HUmans, we still are learning everyday what is truth for us.

Have a wonderful holiday season and stay safe. This ride has a lot more fun ahead 🙂

Mary: The Magick of the New Dawn

Amazing energy felt while reading this and many tears also. Thank you Elizabeth. Now I know where that sudden interest in a book about Magick came from. 🙂

Mother Mary: The Magic of the New Dawn

Note to Reader: Never before have I brought forth a message from beloved Mary, but tonight on Christmas Eve I feel Her Presence. She is very familiar to me, her signature frequency as I have interfaced with the Archangels through the years. Occasionally she visits me at night and tonight, she blesses all of us with hope for the future. Adding my blessings to Hers, I give you Mary…

Mary: The Magick of the New Dawn

I Am Mary and I greet you on the dawn of the morning of the Christed Ones. You are the ones you have been waiting for and now is your time.

Even as the stars gather in the heavens, and the waning moon shines bright, we see your Light brighten the world and all within it.

You are the Ones of whom the…

My QHHT Session (from earlier this year) 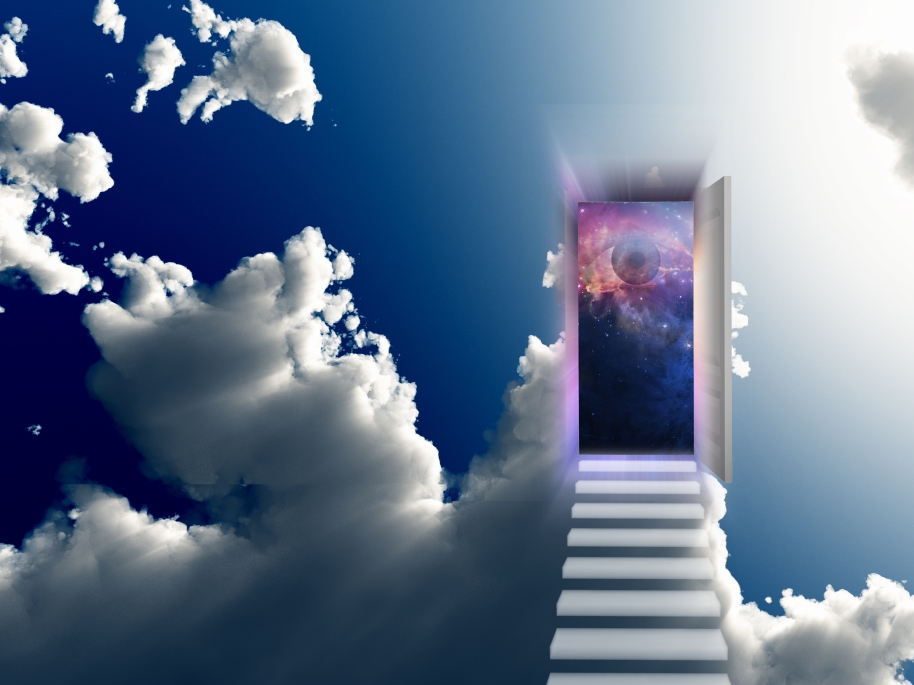 I had my QHHT session at the beginning of the year and it was awesome. Very odd feeling, I was completely frozen during it. I didn’t even think I was under until I realized I couldn’t move. Lots of tears. What I realized is there isn’t much separation in me from what I get from my HigherSelf. Just a little more detail and I have no clue where the other lives came from so I’m not doubting that but weird how it comes in. Very small pieces of info, not like the usual HigherSelf dumps I’m used to getting.

My HigherSelf said when we get dumps from hs during a normal day it is part of their plan so we get the info handed to us like a package. The hypnosis is pulling info that’s not part of my plan but is allowed to benefit our growth.

It was weird getting the info. It came in like it was me then I held it to see if it was me. Then I would do like 3 quick breaths, say what came through and then energy rushed through me like it was saying, “finally you said it”

I was shown two past lives and tears were flowing in both of them.

One I was some kind of I guess Aztec scribe, I was the only one there at the temple. The others left during earthquakes and never came back. It was my job to organize information in scrolls and condense them into fewer, after that I had to hide and protect them. I died in the cave where I hid them.

The other I was an Indian chiefs son who was learning what he could from the medicine man and my father (the chief) didn’t approve.

The info in them really gave a lot of insight to my interests.

About the shift, my HigherSelf said it will happen over the next few years.

People will start to see energies in the air. Then they will start asking questions. Cue the lightworkers.

Free energy will come out due to necessity. It will overlap our current systems failing. The energy will be taken from the air and no man will be able to throttle who it goes to. Some type of antenna will be placed on the house to pull the energy from the air. Our air will be charged with it. It won’t hurt us and will always be free.

While I was in the session it felt like I had a group energetically fine tuning me practically everywhere.

The practitioner who did my session said she doesn’t normally see energies but when my HigherSelf came in she could see an energy glow around me.

The practitioner looked different to me after the session but why? My HigherSelf gave me the answer. I was seeing her through the eyes of unconditional love. This view faded after about 30 seconds.

You Have A Choice…

Learn all of the specific ways of energy healing to assist yourself, or connect to your higher self and be healed in ways you haven’t yet imagined… 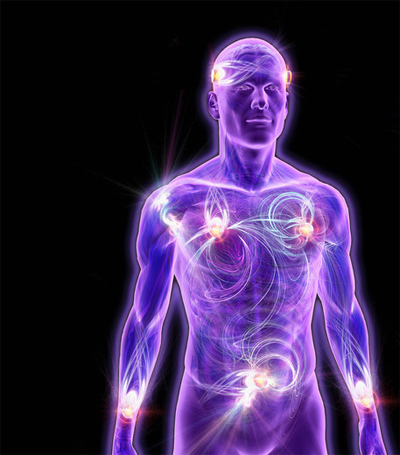 It is part of your light body senses.

Through all the rewiring of your bodies and brain to handle the higher energies you are developing energetic reactions to outside and inside stimulus.  The closest I can explain it is it’s like chills or goosebumps or as those on the other side of the pond say, gooseflesh.  But the bumpy skin isn’t part of it.  It most closely resembles “chills”.

So lets try to capture what happens during it.  Your lightbody is becoming more integrated with your physical body.  The sensation is familiar because you completely feel it when you are just spirit in between lives and during out of body occasions.  As you would imagine when you are just a lightbeing you still need a way to “feel” related to what you experience.  This is it.

Let me try to list some of the ways you feel it:

One of the ways it seems to be felt when you want to feel it is by feeling gratitude or during some inbreath while you focus on a feeling.  It is a wonderful blissful divine love kind of feeling.

It seems like the different types listed above relate to specific kinds of situations you are in when you feel it.  I’ll try to categorize them in the future as I focus more on the situations occurring during the experience.  At the moment I can give the following two types of experiences when it happens.

When you really have a revelation you seem to get the feeling in the back of your head that spreads out to the front of your head as well as running down your spine.

Tilting your head down and taking a deep inbreath while feeling gratitude seems to make your connection to higher realms and you feel the energy encircle the top of your head covering roughly the area of a knit winter hat.

Visualizing is a major component to these connections and your energy body.

I’ll start a list of the experiences and the situation that was occurring and post the summary on a future post.  Right now I wanted to give you something to look forward to if you aren’t experiencing it already.

If you already are, enjoy the ride.